The trouble with stockpiling

According to the latest report from IHS Markit and the Chartered Institute of Procurement and Supply a number of firms are raising purchasing again as they restart Brexit preparations.

Chemstore UK has seen lots of examples of stockpiling during site surveys this year and we have identified some common safety concerns. Firstly, many companies are stockpiling hazardous chemicals without anywhere to safely store them, so this is something procurement departments need to be aware of before ordering surplus supplies. In addition, where companies are increasing production to meet stockpiling demands there is likely to be an increase in waste; a common situation is for waste to be left on site until a full trailer or lorry load can be filled yet no safe allocation has been made for this volume of hazardous waste. An example of small scale safe segregated waste storage can be seen here).

We urge anyone holding or producing additional hazardous materials to carefully consider their storage arrangements and if in doubt please get in touch. Call 020 8704 1807 or  email sales@chemstore.co.uk

Advice on trading chemicals: If the UK leaves the EU without a deal companies will need to follow new rules for trading certain types of chemicals with the EU after 31 October, according to advice from the HSE.

Just as is the case for countries outside the EU, companies may need import or export licences to trade drug precursor chemicals with the EU.

To apply for an import or export licence companies must have a domestic licence or registration, which usually takes 12-16 weeks to process.

The HSE advises to avoid disruption, companies can check whether the chemicals they trade will be affected and apply for a domestic licence now.

Go to GOV.UK for further guidance.

BREXIT – What it could mean for industry regulations & workplace health & safety.

With so much uncertainty regarding the historic vote last Thursday 23/06/2016 when the people of the UK decided it was time to opt out of the European Union. A Prominent member since 1975 but much discontent was shared by the 17,410,742 (BBC 2016) people who decided it was time for some major change.

In the aftermath of the EU referendum much has been speculated, there has been some contrasting projections made by experts as to how this decision will affect all areas of the economy, not just in the UK but across the globe.

Here at Chemstore, we have tried to investigate what this historic decision will mean for industry, regulations relating to hazardous materials & workplace health & safety. 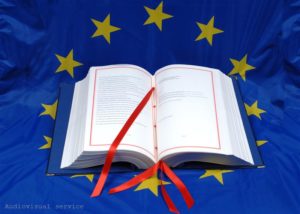 “Any Member State may decide to withdraw from the Union in accordance with its own constitutional requirements” (www.lisbon-treaty.org)

Article 50 of the Lisbon Treaty has been strongly debated over the last few days, which is the article prescribed as procedure for any member state who wants to leave the EU. Since this article has not been undertaken before, it will be a new process for both sides EU & UK.

The article is a process prescribed over a two year period whereby the UK will negotiate terms with how it will leave the EU and the terms of trade between both the UK & EU going forward. It is still unclear as to how this will influence regulations relating to Health & Safety in the UK. Richard Jones, Head of Policy and Public Affairs with IOSH has stated “Post-Brexit, the UK has now less influence over EU law. Now we’re exiting, it’s vital the UK continues to apply our successful risk-based health & safety system which includes laws from EU directives because it’s been found to be fit for purpose by several independent reviews” (www.iosh.co.uk June 2016)

As article 50 is yet to be enacted by the UK as David Cameron has urged patience but reports today suggest this has aggravated other EU leaders as the European Commission chief  Jean-Claude Juncker has urged the UK to “clarify its position” as soon as possible (www.bbc.co.uk 28/06/2016)

Health & Safety Legislation – what will change?

As the negotiations for the UK to leave the EU have yet to begin and as described above will take at least two years to be agreed and enacted, it seems at this point and time that very little will change in short term up to 2018 as a minimum. The main problem is that EU & UK regulations and legislation have become very much intertwined and it’s hard to see how much will change regarding how the UK governs Health & Safety as the current system is working.

The Health & Safety Commission (HSC) which was founded upon the creation of the Health & Safety at Work Act 1974 “HASAWA” which precluded the UK’s entry into the EU which is the primary piece of UK health & safety legislation. It places the famous emphasis phrase to ensure “as far as reasonably practicable, the health and safety at work” of all employees in the workplace.

Control of Substances Hazardous to Health Regulations (COSHH) was created and brought into law in 1988 in the UK but since has been revised to adhere to European Legislation. Listed below are a selection of EU directives have been included in the latest revision of the COSHH regulations 2002 which highlight how UK & EU legislation have merged:

The Registration, Evaluation, Authorisation and Restriction of Chemicals (REACH)

The REACH regulations came into force on the 01/06/2007 in all EU member states including the UK “replacing several Regulations and European directives with a single system. One of the main requirements of REACH is for importers or manufacturers of substances to register them with the central European Chemicals Agency. The aim of this is to ensure that human health and the environment is protected by ensuring that manufacturers and importers understand and manage the risks associated with chemicals. REACH also allows substances to move freely on the EU market as well as allowing for free competition and innovation in the European chemicals industry.” (www.hse.gov.uk)

What will be a major question regarding the UK’s exit from the EU is whether the REACH regulations will still allow chemical manufacturers in the UK to trade chemicals freely in the EU market. If not then one fears that the chemical manufacturing industry in the UK will be majorly affected by the loss of free trade.

Another major European Regulation which is further example of combined laws the UK & EU currently share relating the hazardous materials is the (EC) No 1272/2008 on classification, labelling and packaging of substances and mixtures – The CLP Regulations. – The CLP regulations which replaced the CHIP labelling system to now adopt the Globally Harmonised System (GHS) on the labelling and classification of chemicals. 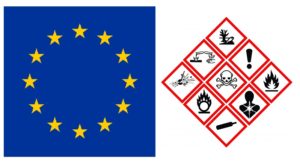 It is hard to see why the UK government – HSE would throw out these newly adapted regulations but only time will tell.

What is certain is that BREXIT will cause a lot of uncertainty in industry and we can only hope at this stage that it will not have a negative effect on workplace health & safety going forward.